Ian Prowse and the 13 piece Amsterdam band have announced their legendary end of year knees up already!
Tickets have just gone on sale for this unmissable show which sees the gathering of the tribes for fans of Ian and his music.
The 13 musicians includes a horn section, a celtic soul section, backing singers and court jester Mikey. The show takes place in the brilliant Arts Club venue and last years show was a sell out.
Special guest this year is Liverpool legend Digsy and his band The Sums.
http://www.ticketweb.co.uk/event/ian-prowse-amsterdam-tickets/224745
A DVD from last years gig is now being prepared and will be released in the Summer. 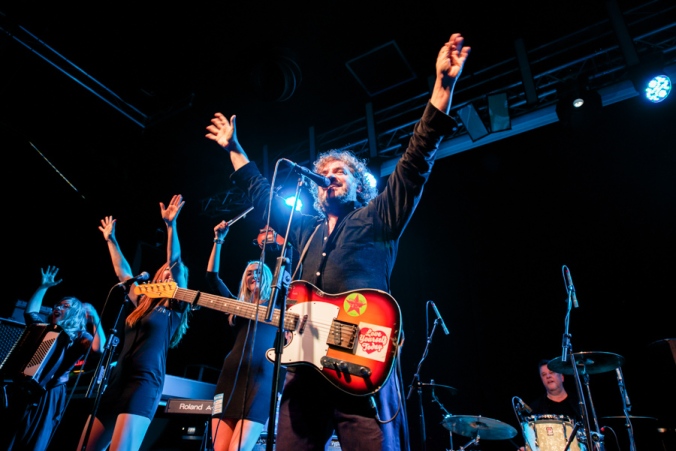