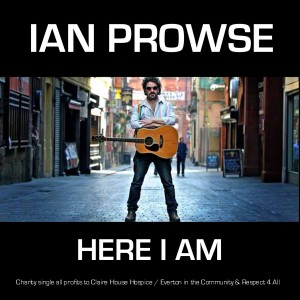 Following a hugely successful UK tour Ian and Amsterdam will release ‘Here I am’ as a single for the chosen charities of Tranmere, Liverpool and Everton on May 28 th. The top tapping, uplifting rocker (which features the first ever saxophone solo in one of Ian’s songs) will be released on The Birdman Records via all major download sites.

All profits will be split equally between the respective clubs charities, Everton in the community, Respect 4 all and Claire house children’s hospice.
All relevant info and the song itself can be enjoyed here: http://soundcloud.com/the-birdman-records/here-i-am

A new slew of dates have also been announced including a huge homecoming event for Ian and Johnny (and support act Elsie) at Ellesmere Port Civic Hall. Also the annual solo Rodewald suite show has now sold out so a second date has been announced. Also Ian will be playing his first EVER solo headlining show in the capital. More shows for The Best Of year will be announced soon.

One thought on “New single and new live dates!”