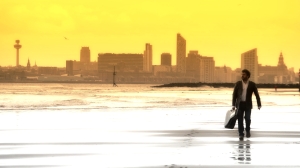 Having launched the album in New York on Monday Ian is back to lead the 8 piece Amsterdam band on the ‘Who Loves Ya Baby’ tour in Manchester on Friday 21st March.

The show is at Manchester Academy 3 and there are still some tickets left at:

The band will be supported by The Hummingbirds and The Ragamuffins. A real Liverpool night out in Manchester.